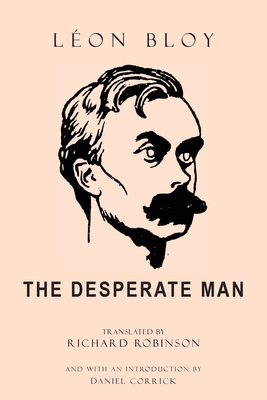 First published in 1886, and presented here for the first time in an English translation, The Desperate Man is arguably L on Bloy's masterpiece, and a genre of its own.

Written in utmost poverty, when Bloy was forty years old, this ruthless novel lays bare the soul of one of France's most difficult authors as he appears under the guise of the desperate Marchenoir, a man of genius who is unable to compromise with a society that he sees as corrupt, despicable and hypocritical, while he carries on a bizarre sexually-charged but also mystical relationship with V ronique Cheminot, a former prostitute turned religious zealot. At once a scandalous roman clef, an anti-capitalist polemic, and a beautiful and hypnotizing tract on Christian existentialism, The Desperate Man is a tempestuous work of spirituality and dissatisfaction--a work of furious outrage, like few others, that explores the terror and consequences of extreme love, both terrestrial and of God.