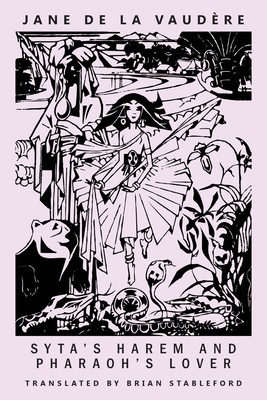 Presented here, for the first time in English, in fabulous translations by Brian Stableford, are two exotic novels by Jane La Vaud re, one of France's most interesting, and most Decadent, writers.

The second novel, Pharaoh's Lover, placed in ancient Egypt during the Third Empire of Thutmose I, is a bizarre masterpiece of the highest order. In it the reader learns of the misadventures of Zelinis and Hary-Th , who, in the aftermath of the sudden loss of their perfect amour, become the subject of rather eccentric liaisons--Zelinis, as a slave, is made to be a stimulant to the effete Pharaoh by engaging in romance with the latter's sister, while Hary-Th carries on a quasi-necrophlic relationship with a mummy.

These two exotic fantasies, in the feverish pitch of their narratives and the voluptuousness of their settings, are sure to delight and entertain all those who have sympathy for unusual expressions of passionate distress.