The Bride of Christ: and Other Fictions (Paperback) 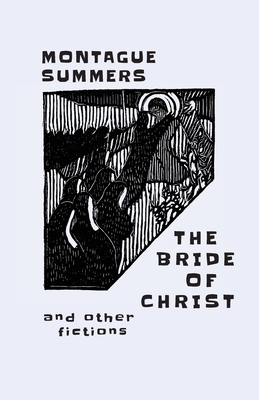 The Bride of Christ: and Other Fictions (Paperback)

"The Bride of Christ," which is the longest work of fiction cult author Montague Summers ever produced, and certainly one of his finest, is presented here in print for the first time, along with seven other pieces, six of which here also make their first appearance in print. These exotic items, which include short stories, opening chapters to unfinished novels, and isolated scenes, all offer insights into the enigmatic character of the author.

From accounts of the Black Mass to stories of the love which will not speak its name, this volume collects together the previously unpublished fiction of Montague Summers, decadent aesthete, Uranian, former diabolist, priest of dubious provenience and occult scholar.