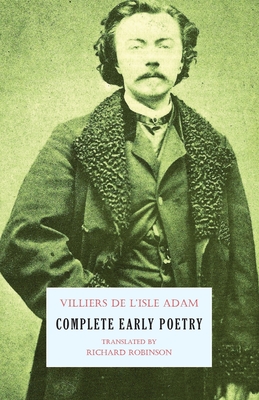 Villiers de l'Isle-Adam (1838-1889), though best known for his contes cruels and his proto science fiction novel L' ve future, began his career with two volumes of verse, Deux essais de po sie (1858) and Premi res po sies (1859), the contents of which are here presented in their entirety as Complete Early Poetry, translated for the first time into English, by Richard Robinson.

Under the spell of Baudelaire and Leconte de Lisle, the young author produced these early exemplars of Decadent verse, which are filled with exoticism, nocturnal fantasies, and mystery. Complete Early Poetry offers further insight into one of the most interesting and eccentric of the French Symbolists.