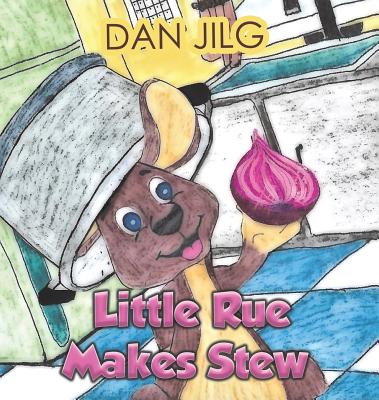 
Not On Our Shelves—Ships in 1-5 Days
Little Rue Makes Stew is the first in a series of children's books with the author's three boys as an audience in mind. The series follows a young joey kangaroo, affectionately named Little Rue, as he grows up and experiences the world around him the same way many young children do--by playing and working with their parents, neighbors, and friends. In Little Rue Makes Stew, Little Rue, working alongside his mother, learns how to cook the family meal. Throughout the story, Little Rue washes his hands, fills the pot with water, adds vegetables, peels potatoes, and, most importantly, learns that the kitchen stove is dangerous and that it's very important to be careful.