I Think Our Son Is Gay 01 (Paperback) 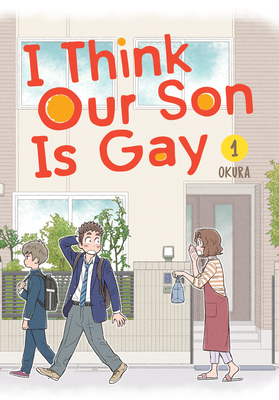 I Think Our Son Is Gay 01 (Paperback)

This is book number 1 in the I Think Our Son is Gay series.

A doting mother and her two beloved sons, one of whom she thinks is probably gay, go about their daily lives in this hilarious and heartwarming LGBTQIA+-friendly family comedy!

Despite belonging to a family of four, the Aoyama residence is typically home to three due to father Akiyoshi's job. While he's away at work, mom Tomoko and her two beloved sons Hiroki and Yuri go about their everyday lives--going to school, making dinner, doing homework, etc. But now that Hiroki's in his first year of high school, his thoughts are turning ever so slightly to sex and romance...and his mom can't help but notice his slips of the tongue when he's talking about who he likes. Supportive Tomoko has an inkling Hiroki might be gay, but she's going to let him figure it out for himself. Unfortunately, Hiroki has little talent for keeping his "secret," so he might die of embarassment before all is said and done!
Okura is the author of I Think Our Son Is Gay and That Blue Sky Feeling.