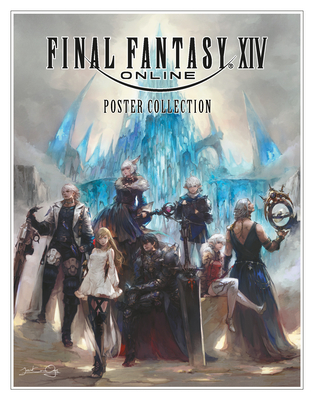 
Not On Our Shelves—Ships in 1-5 Days
A collection of 27 premium-quality removable posters featuring the breathtaking art of the global hit game Final Fantasy XIV.


Celebrate the lush, magnificent artwork of the critically acclaimed online game Final Fantasy XIV with this selection of 27 large-format, full-color illustrations. Printed on heavy, press-varnished card stock, and featuring character art from A Realm Reborn through the Heavensward, Stormblood, and Shadowbringers expansion packs, these posters are a visual tribute to the rich world of Eorzea.