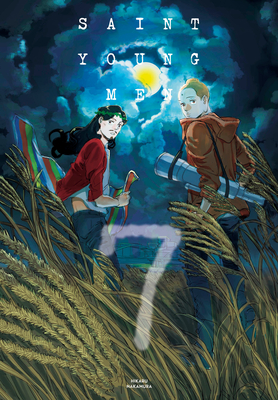 This is book number 7 in the SAINT YOUNG MEN OMNIBUS series.

The seasons change, but the wise-guys of Tachikawa are still stumbling and punning their way through Japan! Traversing the earthly plains, digital and IRL, Buddha and Jesus learn about ramen, used clothing, and garbage collection - and in their infinite compassion, try in vain to protect the innocent bystanders of the Tokyo suburbs from the metaphysical shenanigans of their saintly entourage.
Hikaru Nakamura has been active as a manga artist working in the genre of comedy since 2001, and before Saint Young Men, was most famous for Arakawa Under the Bridge, which is currently published by Vertical Comics and was made into an anime in 2010.