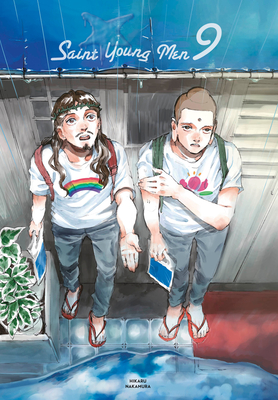 This is book number 9 in the SAINT YOUNG MEN OMNIBUS series.

Even for the wisest of guys and their heavenly retinue, the basics of Japanese culture continue to astound and confuse. A truly legendary sumo match, the dangers of high-heels, and the internet keep engendering the highest of jinks. What's more, Buddha and Jesus answer a great puzzle of art criticism - what happens if you accidentally consecrate graffiti...?
Hikaru Nakamura has been active as a manga artist working in the genre of comedy since 2001, and before Saint Young Men, was most famous for Arakawa Under the Bridge, which is currently published by Vertical Comics and was made into an anime in 2010.