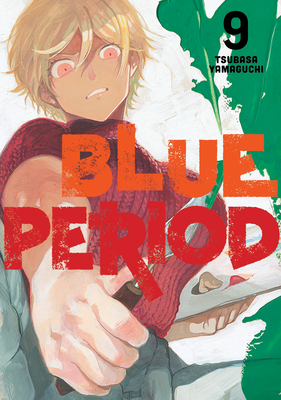 This is book number 9 in the Blue Period series.

Winner of the 2020 Manga Taisho Grand Prize! A manga about the struggles and rewards of a life dedicated to art. Popular guy Yatora realizes he's just going through the motions to make other people happy and finds himself in a new passion: painting. But untethering yourself from all your past expectations is dangerous as well as thrilling...

MOSAIC
Summer whizzes by like a typhoon, and Yatora has learned that large-scale pieces—in production and concept—only come together with elbow grease and teamwork. TUA opens its gates once more for the second term and Yatora’s back at it… But he hasn’t picked up a brush in months!
Tsubasa Yamaguchi is the author of the hit manga adaptation of Makoto Shinkai's short film She and Her Cat, published in English by Vertical Comics, and the art student drama Blue Period from Kodansha Comics.