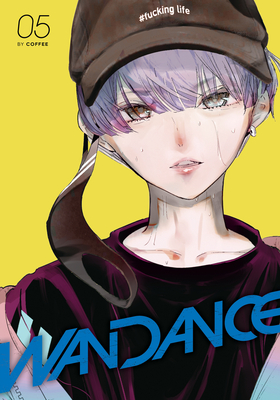 This is book number 5 in the Wandance series.

A boy named Kaboku sees a girl named Wanda dance, and suddenly burns with a need to join in. With its thrilling scenes of Japanese hip-hop dance and quirky, charming characters, this is a new, inspirational manga for fans of coming-of-age stories like Blue Period and Your Lie in April. Get up and join the Wandance!

Wanda, Kaboku, and Iori return to the dance floor in a series of one-on-one battles in their latest dance competition. Can they stay true to themselves, and their moves, or will they buckle under the pressure?

The dance competition continues, with Wanda squaring off against a young man who tries to taunt her into making a mistake. She manages to stand her ground, and the sight of Wanda dancing once again sparks something inside of Kabo that cements how he feels about dancing—and Wanda. As he faces his own insecurities in the contest, Kabo comes to a realization about how he needs to approach his dancing. Will it be enough to save him from defeat at the hands (and feet, and arms, and whirling torsos…) of more experienced dancers? And he’s not the only one who has some soul-searching to do—after being pitted against a talented friend, Iori will have to dig deep and find a style that’s uniquely his own if he wants to step and prove that he has what it takes to challenge Assay…
Published in 2015, Coffee's debut was the bouldering manga Kotera-san Climbs. The author's new series about hip-hop dance, Wandance, is now being published in English by Kodansha. It is Coffee's first manga to be translated into English.