Strike Hard and Expect No Mercy: A Tank Platoon Leader in Iraq (Paperback) 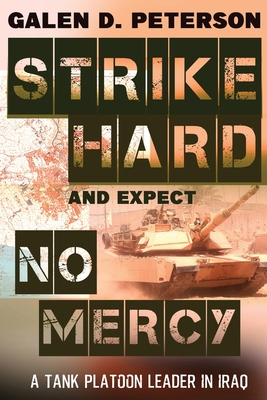 Strike Hard and Expect No Mercy: A Tank Platoon Leader in Iraq (Paperback)

Strike Hard and Expect No Mercy is the story of boots on the ground in Iraq, as seen through the eyes of a tank platoon leader. Baqubah, on the eve of the Surge, and Sadr City, during the spring uprising of 2008, saw some of the darkest hours of the war. A tough dragon, the M1A2 Abrams tank and its crews were often called to crack the toughest nuts on the battlefield, and victory, even survival, was not guaranteed. It is a gritty and visceral dive into the combat experience, flavored with the anguish of loss, the exhilaration of victories, the frustrations of defeats, and the humor required to survive. Along the way, the story shares rarely told insights into the duties and expectations of an Army junior officer.