The Cornell Effect: A Family's Journey towards Happiness, Fulfillment and Peace (Paperback) 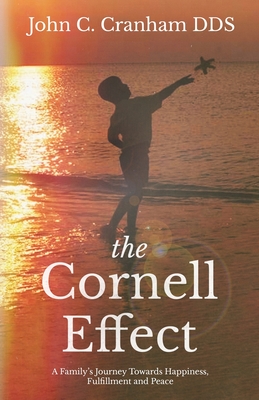 The Cornell Effect: A Family's Journey towards Happiness, Fulfillment and Peace (Paperback)

Sometimes the most important lessons we learn in life are taught from the children we care for.

Born three and half months early, weighing in at one pound and nine ounces, orphaned Cornell Richardson was fighting for his life.

Spending the first six months of his life in the NICU at Children's Hospital of the King's Daughters, the premature infant's survival was stacked against the odds-prognosis was bleak. But Occupational Therapist, Kim Cranham knew better and convinced her husband to bring the boy into their home and hearts to foster and care for the child.

But the battle had only just begun...

Author John C. Cranham takes readers on a journey through darkness and gloom to a future of brightness and hope for one family. With courage, inspiration, and perseverance, the young couple set out on a quest to save a child, but the reality remains, the boy saved the Cranhams in the process.

Chronicling 25 years as parents and caregivers, Cranham guides his readers through the lessons and principles that he and his wife learned from Cornell, resulting in a more peaceful, blissful, and content life. With tears in your eyes and hope in your hearts, you'll learn the true meaning of The Cornell Effect.