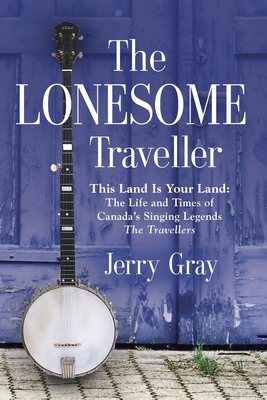 This book is a history of banjo-playing Jerry Gray and his leadership of Canada's first folk-song group, The Travellers, beginning in 1953 and lasting over 60 years performing concerts across Canada and around the world in such locations as Toronto, Moscow, London and Nashville.

The Travellers were part of the early '60's folk song boom and did concerts with Pete Seeger, Harry Belafonte, Judy Collins. Gordon Lightfoot, Arlo Guthrie and many others.

Jerry's memoir spans over 70 years, revisits the early years singing in coffee houses and on picket lines, and takes you on a journey of 186 concerts across Canada in 1967, Canada's Centennial Year.He has received Lifetime Awards from musicians' unions, labor groups and government agencies. in Canada and the US.

His most prestigious award was being asked to conduct The Mormon Tabernacle Choir in concert in Toronto in 1913, as they sang the Canadian version of This Land Is Your Land, written by The Travellers in 1954, the only Canadian to be so-honoured. In 2019, he was given a Lifetime Award by the Mariposa Folk Festival which he helped start in 1961. You will enjoy this journey with Jerry Gray.