Weathering With You 3 (Paperback) 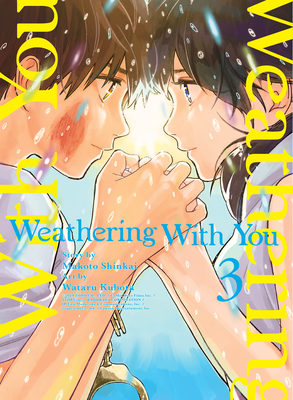 Weathering With You 3 (Paperback)

The skies have reclaimed the Weather Maiden, and Hodaka is on the run! All Hodaka cares about is saving the girl who took his world by storm, but is he willing to tempt the fates to bring sunshine back into his life?

In Weathering With You, Makoto Shinkai dives into topics like love and sacrifice to show how far one boy goes to protect the thing he loves most. This manga reveals the backstories and true thoughts of the characters who stole the hearts of fans and critics worldwide.

Final Volume!
Born in Nagano, Japan in 1973.
2002- Debuted with Voices of a Distant Star
2016- Releases the movie Your Name and becomes an international hit