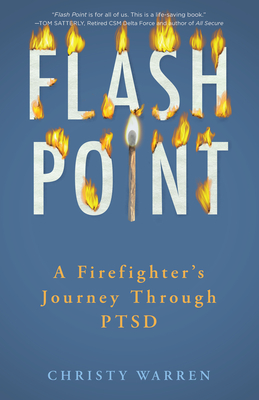 
Not Yet Published—Pre-Order Now
For twenty-five years, paramedic and firefighter Christy Warren put each tragic, traumatizing call she responded to in a box and closed the lid. One day, however, the box got too full and the lid blew open--and she found herself unable to close it again. Her brain locked her inside a movie theater in which film after film of gut-wrenching scenes from her career played over and over again; she found herself incapable of forgiving herself for what happened at one call in particular. Caught in a loop of shame, anger, irritability, and hypervigilance--classic signs of PTSD--she began to spiral, even to the point of considering suicide, and yet still she was reluctant to seek help. In the end, it took almost losing her marriage to force Christy into action--but once she began to reach out, she found a whole army of folks waiting and ready to help her. The team of people supporting her eventually grew to include an EMDR therapist, a psychiatrist, her peers at a trauma retreat, and a lawyer who made the case for medical retirement and workers compensation. Along the way, Christy learned the vital truths that made it possible to keep going even in her darkest moments--that post-traumatic stress was literally a brain injury; that suicide and alcohol were not the only ways out; that asking for help was a sign of strength, not weakness; and that although it was ultimately up to her to do the work to change the dialogue in her head, she was not alone.