Cold War: A Captivating Guide to the Korean War and Vietnam War (Hardcover) 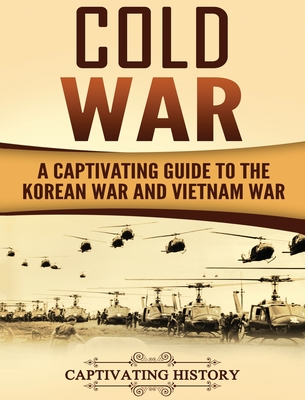 Cold War: A Captivating Guide to the Korean War and Vietnam War (Hardcover)

Two captivating manuscripts in one book:

The narrative of the Korean War in the West, and particularly in the United States, tells the tale of a conflict between two global superpowers and competing ideologies in a far-flung corner of the globe.

The reality is that the wheels of motion that drove the country to war in 1950 began turning long before American boots set foot on Korean soil. The heart of the conflict was a civil war between a population arbitrarily divided by colonization and the global geopolitics at the end of the Second World War.

Part one of this book is about an often-forgotten war, fighting for its place in history between the two behemoths of the Second World War and the Vietnam War, which was no less significant, no less destructive, and had no less impact on the global politics of the twentieth century.

Some of the topics covered in the first part of this book include:

The Vietnam War represented a watershed not only in American and Vietnamese history but also internationally. It wasn't just a battle between two nations, but between two ideologies, two military strategies and a fight for the hearts and minds of two vastly different national populations.

Few conflicts in global history symbolize as much as Vietnam. From the civil rights movement to the role of the media in warfare, the Vietnam War was unique in the sense that it could not be contained as a military matter but transcended across every area of Vietnamese and American society. The word 'Vietnam' describes an era of history, not just an isolated war in a small nation in Southeast Asia. It is the lens through which the America and Vietnam of today must be interpreted. Few conflicts have or will ever shape the world as much as the Vietnam War.

Some of the topics covered in the second part of this book include: