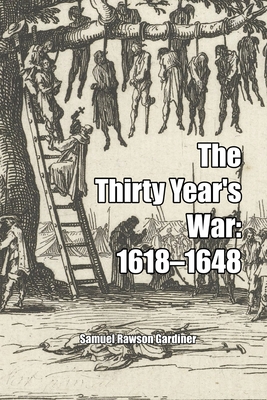 A striking and engrossing account of one of the most devastating religious wars to ever befall Europe: the great Catholic-Protestant clash which saw at least 40 percent of the population of Germany killed.

The work's written style makes this book not a dry history but a dramatic and attention-holding story, starting with an account of the origin of the conflict, and how these differences spiraled out of control into what became the possible one of Europe's most devastating wars of all time.

The study also reveals how divisions within the Protestant forces--between Calvinists and Lutherans--allowed the Catholic forces to gain the upper hand, and how foreign powers-both Protestant and Catholic-sent invading armies to support their allied religious factions. By the end of the war, armies from Denmark, Sweden, the Netherlands, Spain, and France had tramped across Germany.

"Outrages of unspeakable atrocity were committed everywhere. Human beings were driven naked into the streets, their flesh pierced with needles, or cut to the bone with saws. Others were scalded with boiling water or hunted with fierce dogs. The horrors of a town taken by storm were repeated every day in the open country. Even apart from its excesses, the war itself was terrible enough.

"When Augsburg was besieged by the imperialists, after their victory at N rdlingen, it contained an industrious population of 70,000 souls. After a siege of seven months, 10,000 living beings, wan and haggard with famine, remained to open the gates to the conquerors . . .

"The losses of the civil population were almost incredible. In a certain district of Thuringia which was probably better off than the greater part of Germany, there were, before the war cloud burst, 1,717 houses standing in nineteen villages. In 1649, only 627 houses were left. And even of the houses which remained many were untenanted. The 1,717 houses had been inhabited by 1,773 families. Only 316 families could be found to occupy the 627 houses."