The World as Will and Representation, Vol. 1 (Hardcover) 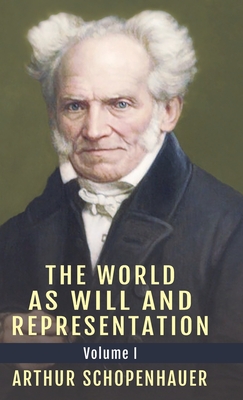 The World as Will and Representation, Vol. 1 (Hardcover)

Immerse Yourself in This Seminal Philosophic Work

Arthur Schopenhauer's The World as Will and Representation (Die Welt als Wille und Vorstellung) is one of the most important philosophical works of the nineteenth century, the basic statement of one important stream of post-Kantian thought. It is without question Schopenhauer's greatest work. Conceived and published before the philosopher was 30 and expanded 25 years later, it is the summation of a lifetime of thought. It is both a brilliant synthesis of western and eastern thought and a wholly original work that has helped millions over many generations.

For 70 years, the only unabridged English translation of this work was the Haldane-Kemp collaboration. In 1958, a new translation by E. F. J. Payne appeared that decisively supplanted the older one. Payne's translation is superior because it corrects nearly 1,000 errors and omissions in the Haldane-Kemp translation, and it is based on the definitive 1937 German edition of Schopenhauer's work prepared by Dr. Arthur H bscher. Payne's edition is the first to translate into English the text's many quotations in half a dozen languages. It is thus the most useful edition for the student or teacher.