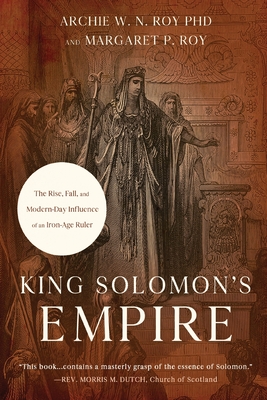 King Solomon is known as the wisest and richest man to have ever lived, but who was this man really? Even though we read his words in the Bible, this man who was the son of "the man after God's own heart" remains a mystery to this day. Even his death is veiled in conspiracy theories. How could a man who was granted his greatest wish by God Himself be so enamored with the pleasures of this world-hungry for sex, power, and more wealth?

In King Solomon's Empire, Archie and Margaret Roy take an in-depth look into the life of the wise king and the kingdom he led. Through this study, the reader will come to understand the time in which King Solomon ruled, enter into the temple that he built for his God, and follow his path to a life of "striving after wind." While the mystery still remains unsolved, perhaps the reader will come to learn some lessons from the man and avoid some of the pitfalls in their own life, as there is truly "nothing new under the sun."