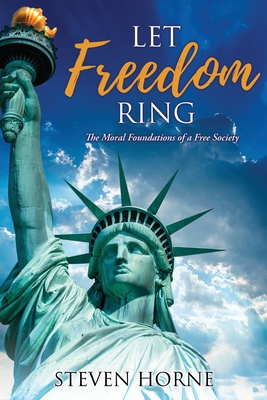 
Not On Our Shelves—Ships in 1-5 Days
There's a good reason political conflict stirs up anger, fear, and division. Unlike other aspects of society, which depend on voluntary co-operation, politics is always about using government force to compel obedience. Government must use violence, or the threat of it, to enforce its laws. Thus, what is appropriate, or inappropriate, for government to do is really a question about when it is morally right to use force. The question all of us need to ask when considering what we should support politically is this-is this something people should be forced to do under threat of violence if they refuse? To answer the question of when force is morally justified, this book explores the relationship between unalienable rights, the golden rule, the law of the harvest, and the principles of justice and mercy. It examines how America has succeeded, and fallen short, in practicing the moral principles upon which freedom is based and suggests ways each of us can advance the cause of liberty for ourselves and future generations. Steven Horme is a herbalist, author, and teacher who has spent 40 years primarily teaching people about natural healing. He has also been an advocate for health freedom. Steven was inspired to write this book because of his experiences in visiting mainland China in 1986 and his realization that Americans were losing the moral beliefs that protected our freedom. Steven enjoy gardening, hiking, and otherwise being in nature. His website is stevenhorne.com.