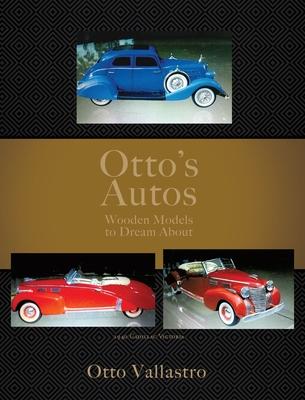 
Not On Our Shelves—Ships in 1-5 Days
I was born in 1934 and from day one have been a car nut. Earning money to buy my first car by digging a basement under a house, pick, shovel and wheelbarrow I was 16 and the car was a 1936 Plymouth. I have own many old cars now called Collectable cars. Not having a lot of money, I took the cheaper way to have a large collection, I started collecting Scale models, they didn't require the expense of Insurance and Maintenance. After collecting a while I realized there were models of cars I wanted to have that were not available, so that when I started making models and saw a market for my models and have since made 686 models for customers all over the world. In the last couple of years people have encourage me to write and have a book published on my models, so this is why I decided to do this book. I also have restored many real Antique cars over the years, winning many National awards, some of the winner are featured in the book in models, like the 1935 Auburn, 1956 Fury, 1941 Ford, 1956 Packard and 1960 Dodge. I hope you enjoy seeing all these models as much as I did making them.