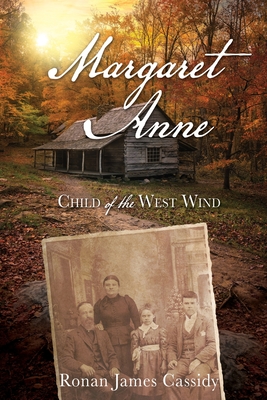 She's the child of the west wind. And with her incredible gifts, danger is never too far away.

As the illegitimate daughter of a wealthy plantation owner and a colored Haitian woman in a time of slavery and great upheaval, Margaret Anne Basseterre's life is anything but easy. From the moment of her birth, she has been coveted by the same dark forces pushing the country toward war. For every moment of despair, an unsuspecting lost soul is given the chance for redemption by helping her to safety.

Through divine will, Margaret Anne and some of those ordained to protect her end up residing on the majestic estate of her father.

As the ethereal girl grows up on the Calhoun plantation and the country farm of her natural mother, the lives of those around her are tested by deep family secrets and the will of wickedness. She is set to prove that her unification of this dangerously illicit and blended family during the societal unrest surrounding the Civil War was ordained from on high. She is their guiding light in this most turbulent storm of the American age.

When it comes time for her to confront the devil who has tainted her family, she'll discover just how powerful the light within her truly is.

Margaret Anne is a bold walk through the many societal and spiritual battles raging during the years that America fought to establish both its identity as a nation and its identity under God.

A deep and poetic read, Margaret Anne is a multi-perspective view that leads into the Redemption Series.