Jesus out of Christianity: Jesus is not a Religion (Paperback) 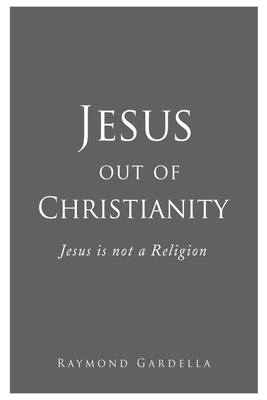 Jesus out of Christianity: Jesus is not a Religion (Paperback)


Not On Our Shelves—Ships in 1-5 Days
The Jesus who once walked the earth in full voice with plenipotentiary authority from his Father has been shoved into a Christianity that keeps his words in wishful prayers and his Spirit flickering in candles. The country that once used the Creator as its ONLY founding argument ("endowed by their Creator") has shoved its founder into a sanctuary overseen by wispy clerics who preach his gospel according to a PC culture that is managed and supervised by Democrats and a slanderous Media. The once stalwart Jesus of GOOD VERSUS EVIL is now a silent Jesus reigning as a POW (Prisoner of Worship). His celebrity photo status sees him pictured with halos in holy cards. Christianity uses Jesus as its mascot, not its RAISON D'ETRE. He is used for rapture not moral absolutes. When Biden paraded into the Vatican, Francis gave a hearty welcome and Biden returned the favor with a gag rule on the church's mouth. Abortion was off the table and climate change and coexistence stayed. Francis is one more casualty of the reigning culture. Christianity has morphed into a speechless sanctuary full of incense and ritual. It is no longer "Our Father, Thy Will Be Done," but "My Democrat Party, Thy Will Only." The Democrat Party has driven a lethal blow into the gospel of truth, and Christianity has accepted an unresisting oblivion. JESUS PRECEDED CHRISTIANITY, JESUS WILL ALWAYS EXCEED CHRISTIANITY, AND, ABOVE All, HE WILL NEVER BE EMBEDDED IN CHRISTIANITY. The author was once a priest starting at the age of 13 as a seminarian and finishing his preparation for the priesthood in Rome with ordination and a doctoral degree in theology. He spent ten years during the sixties functioning as a professor and pastor along with continuing graduate studies in English Literature. His exit from the priesthood brought him into a business career in the building industry. Marriage gave him a wife dedicated to serve others especially the deaf and hearing impaired along with two children and 8 grandchildren. He started a writing career at the age of 85 at the outbreak of Covid-19 and produced a first book entitled Jesus Versus Christianity. This was followed with the current book that attempts to further define Jesus as the Jesus in his own words and contexts out of the reach and clutches of culture and religion. Jesus' truth has no earthly parents or siblings. Only his Father's.