Forgive Me Not: A Family Memoir of Regrets and Second Chances (Paperback) 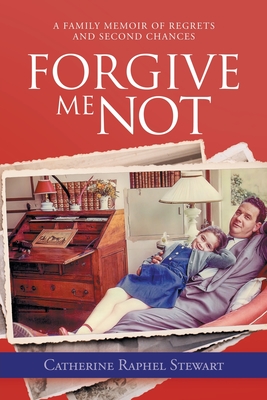 Forgive Me Not: A Family Memoir of Regrets and Second Chances (Paperback)

In his early years, Gabe Raphel, a third-generation French perfumer, was young, arrogant, and only cared about making money and having fun. The future was something he rarely thought about because he assumed it was secure. His family was wealthy, but because of arrogance and poor decisions he found himself without a job-and soon without a country to call home. He and his wife, Claudine, sailed to New York in 1956 with $600 to find work and rebuild their lives.
Forgive Me Not, a fictionalized memoir, chronicles the life of this well-to-do French family, starting with their unusual backgrounds and storybook lifestyle on the French Riviera. It begins in 1956 when author Catherine Raphel Stewart's father visits his home for the last time, and it ends with a family celebration in the California Bay area in 2002.
In between those years, Forgive Me Not shares the Raphel family's story as they experience the highs and lows of unintended consequences. Claudine-who had staff in France-becomes a nanny. Gabe ultimately finds work as a perfumer and begins to rebuild his reputation and lifestyle. The focus then switches to Stewart who, much like her father, placed self-gratification ahead of common sense and ends up on a path that threatened her future.