The Secrets We Keep (Hardcover) 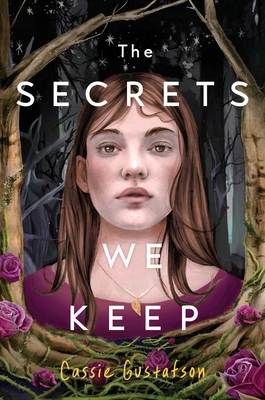 The Secrets We Keep (Hardcover)


On Our Shelves Now at:
In the vein of The Way I Used to Be and Kelly Loy Gilbert’s Conviction, this heartbreaking yet hopeful young adult novel follows a girl’s struggle to reconcile friendship, sexual abuse, and the secrets we bury deep down inside to survive.

Following her father’s arrest and torn between loyalty to Hannah and to her family, Emma is devastated to learn she must testify against Hannah’s word in order to keep her family together. As Emma wrestles with this impossible decision, her fractured past begins to resurface piece by painful piece—causing the line to blur between her present-day reality and the dark fairy tales she writes to survive, all of which threaten to expose Emma’s long-buried truths.

The Secrets We Keep explores the complex, powerful bonds of friendship and family, asking the difficult question: At what point does Emma’s loyalty to another become a betrayal of herself? And perhaps the toughest question of all: Can Emma find the strength to finally unbury her secret?
Cassie Gustafson hails from Northern California and majored in words, earning a dual-BA in comparative literature and Spanish at the University of California, Santa Barbara, an MA in English literature at Cal State Fullerton, and an MFA in writing for young adults at Hollins University. Before finding her way to writing, she served high tea at a five-star B&B, tended plants in a lavender greenhouse, nannied, and taught preschool. Cassie enjoys ping-ponging around the globe with her adventurous pilot husband and their fluffy black kitty. Depending on the day, you may find her working on her next novel or toppling over in a yoga class somewhere. Cassie’s work has garnered the PEN New England Susan P. Bloom Discovery Award, the Shirley Henn Creative Writing Award, and the Ruth Landers Glass Scholarship. Visit her at CassieGustafson.com.
Emma, caught between her love of her friend Hannah and the demands of her father to lie about the abuse, is a sensitive yet strong character who, with the help of a psychologist, finds her voice. Hannah, also an impressive and brave protagonist, believes that Emma is the victim of incest and wants to protect both herself and her friend. The writing is solid, and while not graphic, presents an easily understood picture...[a] much-needed book and an ­important ­purchase.
— School Library Journal, starred review

* "Attentively tackling themes of self-harm, sexual violence, and suicidal ideation, Gustafson (After the Ink Dries) delivers a gut-wrenching account of high schooler Emma’s struggle to parse her own feelings after her father is accused of sexually assaulting her best friend...the narrative’s dark climax and Gustafson’s visceral prose don’t shy away from the inherent trauma surrounding sexual assault, making for a vital, heart-wrenching account of one teen’s harrowing experience."
— Publishers Weekly, starred review

* "An exceedingly well-written, powerful, and suspenseful novel that lights the path toward truthfulness and healing."
— Kirkus Reviews, starred review