Saved by Grace through Faith or Saved by Decree? (Paperback) 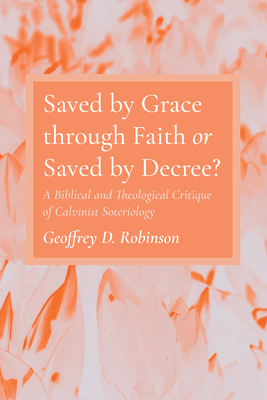 Saved by Grace through Faith or Saved by Decree? (Paperback)


Not On Our Shelves—Ships in 1-5 Days
This work addresses a topic of interest to many people who are seeking to better understand the Christian doctrine of salvation (soteriology). It is written to provide a systematic biblical and theological critique of a particularly popular perspective of this doctrine that has seen something of a resurgence in recent years, namely Calvinism. The book is structured around the so-called five points of Calvinism, commonly referred to by the acronym TULIP: Total depravity, Unconditional election, Limited atonement, Irresistible grace, and Perseverance of the saints. Following an initial chapter outlining the historical development of the doctrine, each of the five points are examined in subsequent chapters. Each point is described in the words of prominent Calvinist scholars, key biblical texts purporting to support the doctrine carefully evaluated, and a series of theological issues related to the point are raised and discussed.