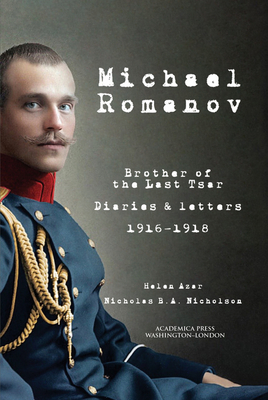 By Helen Azar, Nicholas B. a. Nicholson

Grand Duke Michael Alexandrovich of Russia (1878-1918) was born the youngest son of Tsar Alexander III, ruler of the mightiest empire on earth. Upon the premature death of his elder brother Grand Duke George in 1899, Michael was thrust into the spotlight as the Heir-Tsesarevich of his older brother, Tsar Nicholas II, then the father of three girls. Even after the birth of an heir in 1904, Michael was pushed closer to the throne with each of the young boy's life-threatening bouts of hemophilia. By 1916, with World War I in full swing, Nicholas and and Empress Alexandra had become deeply unpopular not only in political circles but also with other members of the House of Romanov, who felt that the parlous times required drastic change. Michael found himself at the center of these events and was briefly even named Emperor as they unfolded. In Michael Romanov: Brother of the Last Tsar, translator Helen Azar and Romanov historian Nicholas B. A. Nicholson present for the first time in English Grand Duke Michael's annotated diaries and letters of 1916-1918. These newly available documents offer rare insight into the fall of the Russian Empire, the rise and fall of the Provisional Government that succeeded it, and the terrifying days of the Bolshevik Revolution, after which Michael found himself a prisoner doomed to meet his end in the remote city of Perm, at the edge of Siberia, just over a month before the former Tsar and his family were murdered in Ekaterinburg.