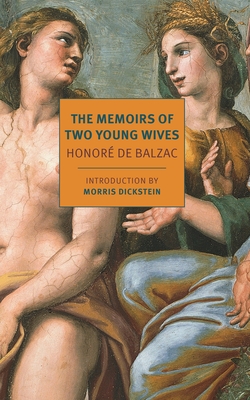 
Special Order—Subject to Availability
Two very intelligent, very idealistic young women leave the convent school where they became the fastest of friends to return to their families and embark on their new lives. For Renée de Maucombe, this means an arranged marriage with a country gentleman of Provence, a fine if slightly dull man for whom she feels admiration but nothing more. Meanwhile, Louise de Chaulieu makes for her family’s house in Paris, intent on enjoying her freedom to the fullest: glittering balls, the opera, and above all, she devoutly hopes, the torments and ecstasies of true love and passion. What will come of these very different lives?

Despite Honoré de Balzac’s title, these aren’t memoirs; rather, this is an epistolary novel. For some ten years, these two will—enthusiastically if not always faithfully—keep up their correspondence, obeying their vow to tell each other every tiny detail of their strange new lives, comparing their destinies, defending and sometimes bemoaning their choices, detailing the many changes, personal and social, that they undergo. As Balzac writes, “Renée is reason...Louise is wildness...and both will lose.” Balzac being Balzac, he seems to argue for the virtues of one of these lives over the other; but Balzac being Balzac, that argument remains profoundly ambiguous. “I would,” he once wrote, “rather be killed by Louise than live a long life with Renée.”
Honoré de Balzac (1799–1850), one of the greatest and most influential of novelists, was born in Tours and educated at the Collège de Vendôme and the Sorbonne. He began his career as a pseudonymous writer of sensational potboilers before achieving success with a historical novel, The Chouans. Balzac then conceived his great work, La Comédie humaine, an ongoing series of novels in which he set out to offer a complete picture of contemporary society and manners. Always working under an extraordinary burden of debt, Balzac wrote some eighty-five novels in the course of his last twenty years, including such masterpieces as Père Goriot, Eugénie Grandet,
Lost Illusions, and Cousin Bette. In 1850, he married Eveline Hanska, a rich Polish woman with whom he had long conducted an intimate correspondence. Three months later he died.

Jordan Stump is a professor of French at the University of Nebraska–Lincoln; the author, most recently, of The Other Book: Bewilderments of Fiction; and the translator of some twenty works of (mostly) contemporary French prose by authors such as Marie NDiaye, Éric Chevillard, Antoine Volodine, and Jean-Philippe Toussaint. His translation of Claude Simon’s The Jardin des Plantes won the French-American Foundation’s annual translation prize in 2001.

Morris Dickstein is a distinguished professor emeritus at the Graduate Center of the City University of New York and the author, most recently, of Dancing in the Dark, a cultural
history of the Great Depression, and Why Not Say What Happened, a memoir.
“The 19th century, as we know it, is largely an invention of Balzac.” —Oscar Wilde

“Balzac stands signally alone, he is the first and foremost member of his craft.... An imagination of the highest power, an unequalled intensity of vision.... What he did above all was to read the universe, as hard and as loud as he could, into the France of his time.” —Henry James

“I have learned more [from Balzac] than from all the professional historians, economists, and statisticians put together.” —Friedrich Engels

“In Balzac, every living soul is a weapon loaded to the very muzzle with will.” —Charles Baudelaire

“Balzac was both a greedy child and an indefatigable observer of a greedy age, at once a fantastic and a genius, yet possessing a simple core of common sense.” —V. S. Pritchett

“Balzac was by turns a saint, a criminal, an honest judge, a corrupt judge, a minister, a fob, a harlot, a duchess, and always a genius.” —André Maurois