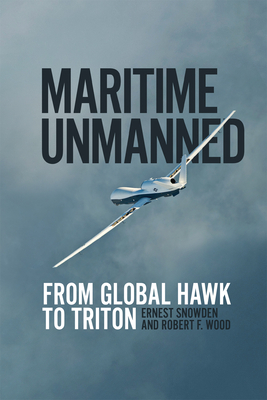 
Special Order—Subject to Availability
Ernest Snowden is a graduate of the U.S. Naval Academy and a former naval aviator. After active duty, he continued in the naval reserve as an aeronautical engineering duty officer until his retirement. As a Navy civilian, he was the Business Manager for the Maintenance Policy in the Naval Air Systems Command, then staff assistant to the Deputy Director for Research and Engineering in the Office of the Secretary of Defense. He worked for a succession of aerospace and defense firms in marketing and strategy positions. He is also the author of Winged Brothers. Robert F. Wood is a retired naval aviator and a veteran of the Gulf War with seven deployments, 4,000 flight hours, 750 carrier landings, and command of an F/A-18 Hornet squadron to his credit. His final tour of duty was for the Director, Air Warfare on the staff of the Office of the CNO (OPNAV N88) as the F/A-18 Requirements Officer. Since his retirement, he has pursued a twenty-three-year career in business as a senior executive and consultant in the aerospace and defense industries.