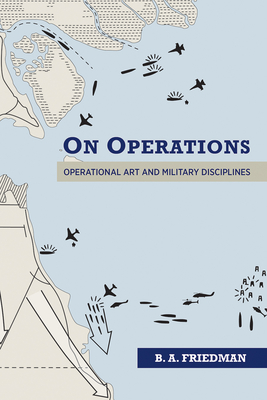 By B. A. Friedman


Not On Our Shelves—Ships in 1-5 Days
On Operations: Operational Art and Military Disciplines traces the history of the development of military staffs and ideas on the operational level of war and operational art from the Napoleonic Wars to today, viewing them through the lens of Prussia/Germany, the Soviet Union, and the United States. B. A. Friedman concludes that the operational level of war should be rejected as fundamentally flawed, but that operational art is an accurate description of the activities of the military staff, an organization developed to provide the brainpower necessary to manage the complexity of modern military operations. Rather than simply serve as an intercession between levels, the military staff exists as an enabler and supporting organization to tacticians and strategists alike. On Operations examines the organization of military staffs, which has changed little since Napoleon's time. Historical examinations of the functions staffs provided to commanders, and the disciplines of the staff officers themselves, leads to conclusions about how best to organize staffs in the future. Friedman demonstrates these ideas through case studies of historical campaigns based on the military discipline system developed.
B. A. Friedman holds a BA in history from The Ohio State University, an MA in national security and strategic studies from the U.S. Naval War College, and is currently enrolled in King's College London, studying the early U.S. Marine Corps and naval strategy. He serves in the Marine Corps Reserve as a field artillery officer and is the author of On Tactics: A Theory of Victory in Battle.