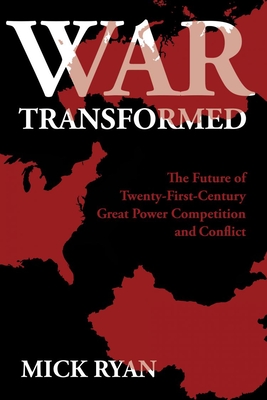 
Not On Our Shelves—Ships in 1-5 Days
War Transformed: The Future of Twenty-First-Century Great Power Competition and Conflict provides insights for those involved in the design of military strategy, and the forces that must execute that strategy.
Mick Ryan is a Major General in the Australian Army. A distinguished graduate of Johns Hopkins University School of Advanced International Studies, as well as the USMC Command and Staff College and USMC School of Advanced Warfare, he is a passionate advocate of professional education and lifelong learning. He has commanded at platoon, squadron, regiment, task force, and brigade level. Ryan has also led strategic planning organizations in the Australian Army and led several reform programs in the past decade. In January 2018, he assumed command of the Australian Defence College in Canberra, Australia.