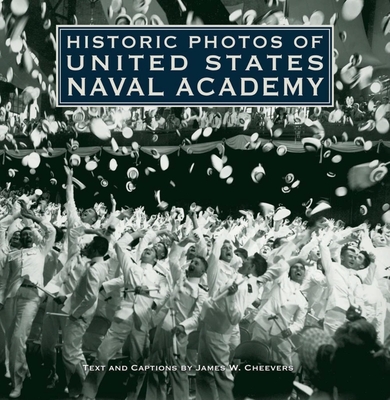 
Not On Our Shelves—Ships in 1-5 Days
With a proud tradition reaching back to its founding in 1845, the United States Naval Academy today pursues its role as the nation's premier institution dedicated to teaching and molding the naval leaders of tomorrow. Graduates of the academy include famous athletes, fleet commanders of the world wars, and astronauts. Great Americans like George Dewey, Chester W. Nimitz, and Alan B. Shepard are but a few of the many graduates whose contributions to the defense and dexterity of the United States are legendary. In stunning black-and-white photography, Historic Photos of United States Naval Academy tours the institution from its earliest days up to recent times, encapsulating its history in nearly 200 images from the storehouse of the academy, the Library of Congress, and other key archives. Through captions and essays, author James Cheevers does commendable work recounting the story of this unique school, pivotal to maintaining the nation's naval supremacy on the seven seas.