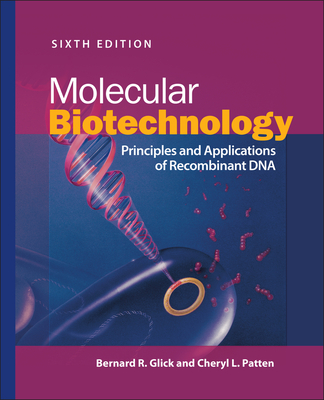 
Not On Our Shelves—Ships in 1-5 Days
Molecular Biotechnology

Principles and Applications of Recombinant DNA

An authoritative introduction to the fast-changing world of molecular biotechnology

In continuous publication since 1994 and now in its sixth edition, Molecular Biotechnology: Principles and Applications of Recombinant DNA has been effective in introducing this complex field to students for more than 25 years. This textbook covers essentially every aspect of the field of molecular biotechnology, which is constantly changing and adapting in light of new advances.

This edition includes the latest techniques in DNA sequencing and genetic engineering of microbial, plant, and animal genomes, including human genome editing, as well as updates across many areas, such as:

Molecular Biotechnology features nearly 600 detailed figures and is an ideal textbook for undergraduate and graduate courses in introductory biotechnology, as well as courses dedicated to utilizing this technology, such as medical, agricultural, environmental, and industrial biotechnology applications.

About the Authors Bernard R. Glick, PhD, is a distinguished professor emeritus at the University of Waterloo, Ontario, Canada, where he was the chair of biology from 2002 to 2008. He has authored more than 400 publications that have garnered over 54,000 citations. Cheryl L. Patten, PhD, is a professor of microbiology in the Biology Department at the University of New Brunswick, Fredericton, Canada. She teaches courses in introductory biology, microbiology, and biotechnology.