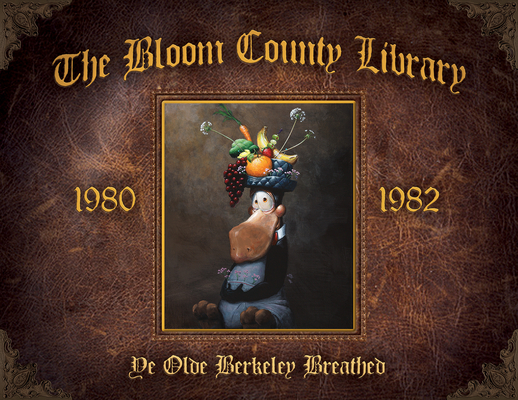 
Coming Soon—Pre-Order Now
All the humor, all the characters, all in one series of books! Whether you're new to the series or an old fan, this is the perfect opportunity to collect one of the most popular and critically acclaimed newspaper strips of all time!

Running from December 8th, 1980, to August 6th, 1989, Bloom County was published in an astounding 1,200 newspapers on a daily basis. The huge popularity of Bloom County spawned a merchandising bonanza, as well as two spin-off strips, Outland and Opus. The first Bloom County paperback collection, Loose Tails, sold over one million copies.

Bloom County Library: Book One is the first of five editions collecting the Pulitzer Prize- and Eisner Award-winning comic strip in its entirety. The first book introduces the beloved Opus the Penguin, as well as Bill the Cat, Cutter John, Michael Binkley, Milo Bloom, Steve Dallas, and others.

This volume also contains insightful commentary by Berkeley Breathed on his quirky creations. Every strip, from the very first until the last, are presented here in chronologically—you’ll never have a better chance to revisit these old friends—or to discover them for the first time.
Berkeley Breathed lives and works in Santa Barbara, California, and is the proud owner of a gentle pit bull named Ridley, a deaf dachshund named Milly, and a refugee mutt from the Puerto Rican streets named Pilar—splendidly flawed dogs, every one.