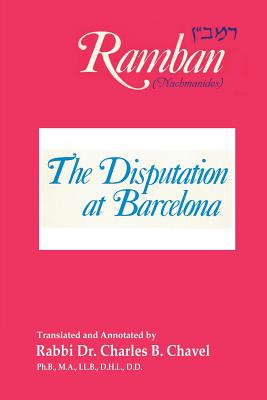 The Disputation of Barcelona (July 20-24, 1263) was a formal ordered medieval debate between representatives of Christianity and Judaism regarding whether or not Jesus was the Messiah. It was held at the royal palace of King James I of Aragon in the presence of the King, his court, and many prominent ecclesiastical dignitaries and knights, between Dominican Friar Pablo Christiani, a convert from Judaism to Christianity, and Rabbi Nahmanides (Moshe Ben Nachman, Ramban), a leading medieval Jewish scholar, philosopher, physician, kabbalist, and biblical commentator.

During the Middle Ages, there were numerous ordered disputations between Christians and Jews. They were connected with burnings of the Talmud at the stake and violence against Jews. At Barcelona, Jews as well as Christians were given absolute freedom to speak their arguments how they wanted, making this unique among disputations.