In Pursuit of Godliness and a Living Judaism: The Life and Thought of Rabbi Harold M. Schulweis (Hardcover) 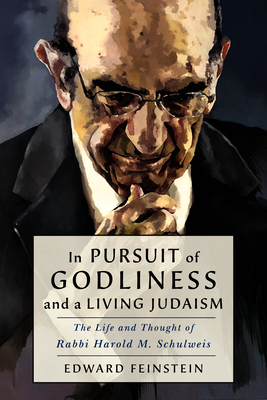 In Pursuit of Godliness and a Living Judaism: The Life and Thought of Rabbi Harold M. Schulweis (Hardcover)

"This is a loving, sophisticated, illuminating, outstanding depiction of a brilliant intellectual/spiritual/moral leader who deserves just such a treatment. This book will serve as testimony and inspiration for the new generation... a tour de force articulation of a truly great life." - Rabbi Irving (Yitz) Greenberg

A comprehensive biography about the life and work of Rabbi Harold Shulweis who was essential in the renewal of Jewish life in post-war America.

Harold Schulweis was a dominant figure in the renewal of Jewish life in the post-war generation of American Jewry. Widely regarded as the most successful and influential pulpit rabbi of his generation, he shaped an extraordinary career as pulpit rabbi, theologian, public intellectual, and communal leader. His innovations in synagogue practice reshaped congregations across the continent introducing synagogue-based havurot, "para-rabbinics" and para-professional counseling programs, outreach to alienated Jews and "unchurched" Christians, opening the traditional synagogue to gay and lesbian Jews and their families, and welcoming families of children with special needs. With Leonard Fein, Schulweis founded Mazon, the Jewish communal response to hunger. He launched The Foundation for the Righteous - recognizing Christians who rescued Jews during the Holocaust - an effort chronicled on the CBS news program "60 Minutes." In the closing years of his career, he initiated the Jewish World Watch - a communal response to the incidence of genocide worldwide.