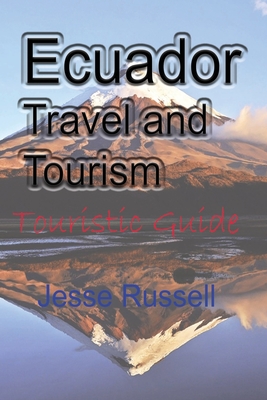 
Not On Our Shelves—Ships in 1-5 Days
(This book cannot be returned.)
Ecuador Travel and Tourism. Touristic Guide. Many years Ecuador has been a popular destination with tourists from different countries. Colourful cities and relaxing atmosphere make this country truly appealing and unique. The capital of Ecuador, Quito, is the most popular tourist destination in the country. Quito was formed under influence of several cultures, and this fact couldn't have failed to reflect in local architecture and art. Among multiple landmarks of the city, it's important to mention the President Palace, the Independence Square, San Diego Monastery, San Francisco and La Compania Churches. The Museum of Colonial Art exhibits large collections of works of famous Latin American artists. Many interesting artefacts can be found in the Museum of Natural History and Archaeological Museum. They throw light upon the history of Ecuador and let visitors know more about culture of ancient tribes. This is a true journey to the past. The best way to get acquainted with traditions of local people and try national dishes is to visit the newer part of the city. There are many small restaurants that serve local food there, and squares often become the scene for numerous theatre and music performances. It is also important to mention the city of Cuenca, which is well-known because of the Tomebamba River. There are many historic buildings and squares located on the banks of the river. Travellers often visit El Cajas National Park. The territory of the park includes several hundred lakes and lagoons, as well as the internationally famous Ingapirka religious centre. The villages of Horteleg and Gualaseo can be your next step in exploration of Ecuador. These villages have many awesome souvenir shops and art galleries. Textiles and ceramics are traditionally the most popular crafts that tourists prefer to take back home.