The Moth in the Iron Lung: A Biography of Polio (Paperback) 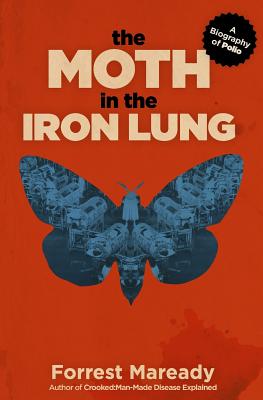 The Moth in the Iron Lung: A Biography of Polio (Paperback)


Not On Our Shelves—Ships in 1-5 Days
(This book cannot be returned.)
A fascinating account of the world's most famous disease-polio-told as you have never heard it before. Epidemics of paralysis began to rage in the early 1900s, seemingly out of nowhere. Doctors, parents, and health officials were at a loss to explain why this formerly unheard of disease began paralyzing so many children-usually starting in their legs, sometimes moving up through their abdomen and arms. For an unfortunate few, it could paralyze the muscles that allowed them to breathe.Why did this disease start to become such a horrible problem during the late 1800s? Why did it affect children more often than adults? Why was it originally called teething paralysis by mothers and their doctors? Why were animals so often paralyzed during the early epidemics when it was later discovered most animals could not become infected? The Moth in the Iron Lung is a fascinating biography of this horrible paralytic disease, where it came from, and why it disappeared in the 1950s. If you've never explored the polio story beyond the tales of crippled children and iron lungs, this book will be sure to surprise.
Forrest Maready is an author, medical researcher, and historian who spent much of his life working in the television and film industry. He graduated from Wake Forest University and lives in Wilmington, North Carolina, with his wife, son and dog.