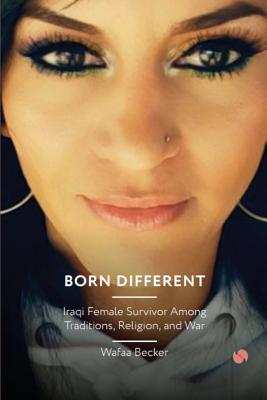 
Not On Our Shelves—Ships in 1-5 Days
(This book cannot be returned.)
I was born in 1984, in between two wars-four years after the beginning of the Iraq-Iran War, which lasted seven years and ten months, and six years before Iraq's invasion of Kuwait-to a very poor family in the worst neighborhood of Baghdad, Iraq. I was born to an unloving, emotionally cold mother and an alcoholic father, and yet here I am now, a mother myself, and I could not love my daughter more. They named me Wafaa, which means "loyalty," but I have never known what loyalty was in my life. The family I grew up in did not provide me with a refuge or a safe place; they were like strangers to me. I have seen too much hypocrisy in how they practiced their religion. My voice was muted for many years, but my hope and ambitions were louder. I was always seeking my mother's affection and love, but I was never seen or heard; rather, I was abused and wounded. I live everyday with what I have been through, but I believe there is a reason God wanted me to be born and to suffer. There is a hadith (saying of the Prophet Muhammad) in Islam: When God loves a people, he will test them. Maybe he was testing me or testing my strength.