My Friend's Little Sister Has It in for Me! Volume 7 (Paperback) 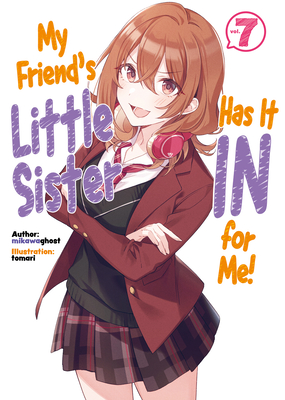 My Friend's Little Sister Has It in for Me! Volume 7 (Paperback)


Coming Soon—Pre-Order Now
The culture festival's over, and it's finally time for some rest and relaxation

Well, it WOULD be if Akiteru weren't wrapped up in various interrogations. Mashiro and Iroha's mothers team up on him, eager to suss out his intentions. Which of their daughters is he after? Both? Neither?

Meanwhile, Akiteru's gotta figure out what's going on between his aunt and uncle.

Can he get himself out of this one, or does even more disaster await?