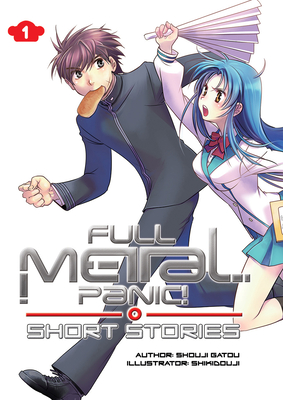 Sagara Sousuke is an average Japanese high school student--totally not a war-addled military geek who mistakes love letters for bombs. He drives Chidori Kaname crazy, but even though he's agreed to date another girl, she just can't leave him alone

Sagara Sousuke is at it again, from turning a turf war into a hostage situation to sending a rugby team through boot camp. Meanwhile, he's growing closer with Chidori Kaname. Even when it looks like he might strike out, he never stops swinging

Sagara Sousuke is here to yet again solve any problems that might befall Jindai High. With Chidori Kaname by his side, he'll seek out the truth behind a haunted hospital and lay a trap for a ponytail-obsessed villain, along with other misadventures