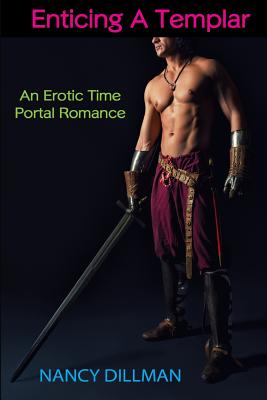 
Not On Our Shelves—Ships in 1-5 Days
(This book cannot be returned.)
Neighborhood bad girl Angela Brady uses sex to get what she wants, but her modus operandi is put to the test when she accidentally falls into Lake Michigan and time-travels to 14th-century Paris. She literally drops into the life of Hugh de Montfort, a Templar knight on the run from French King Philip IV and Pope Clement V, who both seek to destroy the Order because of its vast wealth and independence. Tasked by the imprisoned Templar Grand Master to take the holiest of Christian relics, the Shroud of Christ, to safety in Scotland, Hugh embarks on a dangerous road trip made all the more perilous by the malevolent scheming of a childhood friend-turned-enemy and a vengeful woman from his past.When a scared and lonely Angela begs to go with him, Hugh's troubles worsen, for not only are his priestly vows of celibacy in peril, but his hardened heart is rapidly melting.
Nancy Dillman has been an intelligence officer with a well-known government agency, a stained and fused glass artist selling her work at art fairs throughout the Midwest, and an art gallery owner and businesswoman. Now retired, she lives with her husband in the beautiful and ancient Baraboo Hills in south central Wisconsin, where her greatest joy is thinking up characters and plots for her time travel romance novels.