Research on Islam and Muslims in Africa: Collected Papers 2013-2018 (Paperback) 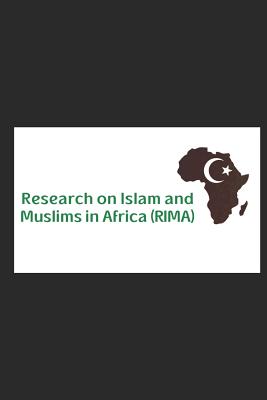 Research on Islam and Muslims in Africa: Collected Papers 2013-2018 (Paperback)


Not On Our Shelves—Ships in 1-5 Days
(This book cannot be returned.)
This volume is a collection of papers that have been made available on the Internet Website of RIMA (Research on Islam and Muslims in Africa) over the five-year period 2013-2018 that was founded by Dr. Moshe Terdiman. It represents a substantial amount of effort. Due to the vast material accumulated in the RIMA website, the desire to make these also available and accessible to the general public, the research community, decision makers and everyone else who is interested in the topic in one collected volume both as a Kindle ebook and in paperback was conceived as a joint effort of collaboration between the University of Haifa Israel and the University of the Free State South Africa. Professor Hussein Solomon (Department of Political Studies and Governance, University of the Free State South Africa) has joined with Dr. Moshe Terdiman and Dr. Glen Segell (Ezri Center for Iran & Persian Gulf Studies, University of Haifa Israel) to do so."The ongoing debate among scholars whether to relate to "Islam in Africa" or "African Islam" is simply not relevant in this book. The range of the issues which are derived from the definition is wide and includes not only religion and continent, but many other topics as well. Such as environment, ethnology, water resources, soil problems, tribalism, globalization, Sufism, Salafiya, politics, social issues and others. All have to do with Muslims and Islam in Africa. The writings are updated, relevant, interesting and throw light on the subject and beyond." - Dr. Haim Koren (former Israeli Ambassador to Egypt and South Sudan)