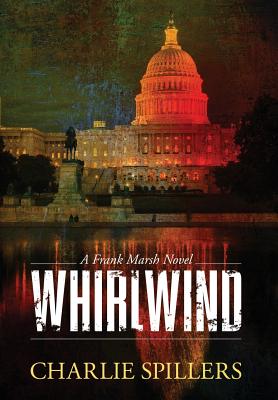 A drone strike in Syria unleashes a chain of volatile events in the U.S. and Europe that embroils Hezbollah and Iranian death squads, the FBI and the White House. FBI agent Frank Marsh and NSC staffer Kathy Foster are thrust into the middle of an international terror plot that puts their lives and the lives of thousands in imminent danger.

In retaliation for the drone strike, terror cells are sent to the U.S to launch attacks. When a terrorist dies in an auto accident, FBI agent Frank Marsh discovers that an attack in the U.S. may be imminent. Based on vague clues, he and Kathy Foster try to figure out where the terrorists plan to attack and they try to prevent it. At first, sparks fly between Frank and Kathy because of an issue from their past. The investigation is also hampered by bureaucratic obstacles, turf battles among national security agencies and treachery. They become outcasts from their own organizations and no one will listen when they discover the possible target of a terror attack.

Frank discovers that someone in Washington, D.C. is providing information to the terror group. In Tehran, Marwan, the commander of an Iranian assassination unit, realizes Frank and Kathy are a threat to uncovering the traitor and he targets the couple for assassination. Gripping intrigue propels Frank, Kathy and Marwan to a final confrontation.