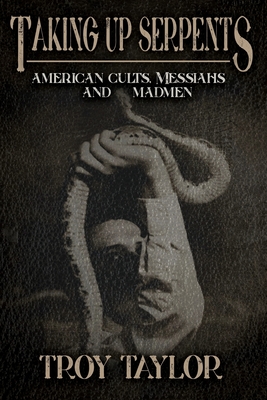 One man's cult is another man's religion. That's often been said - but is it true? Despite the fact that every mainstream religion in America was considered a cult at one point in history, when does faith go too far? America's past is filled with stories of cults that strike most of us as strange, bizarre, incomprehensible, and even insane, and yet, many of those of "cults" have turned into mainstream churches that can be found in almost every city and town. But what about the rest? The madmen and would-be messiahs whose weird beliefs descended into a horrific and maniacal mixture of death, depravity, sex, murder, mayhem, and suicide? As twisted as they may be, they are fixtures on the American landscape of religious zealotry.

Among these pages, you'll find accounts of witch trials, faith healing, snake handling, speaking in tongues, human and animal sacrifices, attempted resurrection of the dead, strange rituals, orgies, and attempts to bring on the apocalypse - and those are just the mainstream churches. You'll also find stories of utopian societies, end of the world predictions, Antichrist prophecies, the rise of Christian Science, Amish life, cults of personality, the dark history of the Mormons, polygamist cults, a religion based on the "Hollow Earth," UFO cults, the sinister Blackburn Cult, Jim Jones and the People's Temple, the Orange People, the Ant Hill Kids, the Children of God, David Koresh and the Branch Davidians, Heaven's Gate, Scientology, and much more

This is Troy Taylor's largest and strangest book so far - a wild mix of American cults, true crime, and the supernatural, delving into a search for the divine that has, far too often, sent seekers in regrettable directions - and to places from which they never returned. Discover the larger-than-life characters within these pages and find out how the elaborate mythologies of America's homegrown religions have taken us all to a place where horror co-exists with the highest of human aspirations