The Idea: The Seven Elements of a Viable Story for Screen, Stage or Fiction (Paperback) 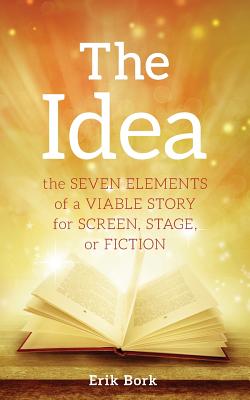 The Idea: The Seven Elements of a Viable Story for Screen, Stage or Fiction (Paperback)

THE IDEA is a manual for conquering the most important part of the screenwriting or fiction writing process -- the first part. Most writers rush too quickly through choosing a story idea, so they can dive into writing it. And it's the biggest reason most projects don't move forward in the marketplace: producers and editors are underwhelmed by the central concept. Multiple Emmy- and Golden Globe-winning screenwriter/producer Erik Bork (HBO's Band of Brothers) explains the seven key ingredients in stories that have a chance of selling and reaching a wide audience - in any genre or medium.