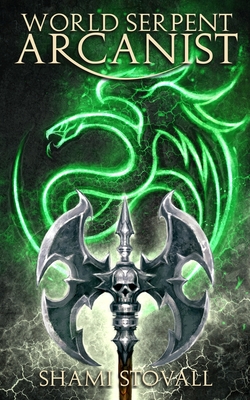 Death. Destiny. The rise of god-arcanists.

Volke Savan has reunited with the Frith Guild just in time to help fight the Second Ascension, a group of power-hungry dastards bent on controlling the newly created god creatures. The world serpent is the first on their list, and if the Second Ascension manages to harness its power, the world will forever be changed for the worse.

But the Frith Guild has another plan. They intend to beat the Second Ascension to the world serpent and have it bond with someone trustworthy-a mysterious man who Guildmaster Eventide believes will usher the world into an era of peace.

As Volke struggles to improve his magic, and also become a mentor for a new knightmare arcanist, he realizes that this may be one adventure the guild never makes it back from...

Praise for the Frith Chronicles

"Perfect for those who enjoy the Codex Alera series, the Homas Wildus series and the Harry Potter series. Stovall is quickly becoming a name I look for."

"Dread Pirate Arcanist is a brilliant novel from start to finish."

"It is the] seamless inclusion of lore, world-building, and character back story that marks Shami Stovall's writing, and what keeps her books head and shoulders above others in her genre."