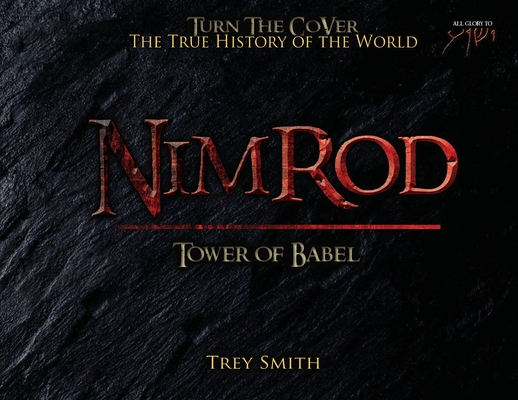 This book is fully illustrated with charts, timelines, actual archaeological sites, explanation of the "gods," the summoning of the Enki at the Tower of Babel, the matching of the Sumerian texts with the Biblical texts, and the list goes on....

This book uses a combination of Hebrew texts, the Book of Genesis, the Book of Jasher, the Book of Enoch, the Eridu Genesis, the Epic of Gilgamesh, and other documents translated into laymen's terms with epic imagery and actual artifacts to bring Nimrod and his Tower of Babel to life in a way that has never been done before.

You will further learn that later Nimrod also claims and believes it is Noah (and those with him) who are releasing living dinosaurs (dragons) on him and his men. Nimrod essientially never does get his life straight, and also can never get over his Tower of Babel, and the shame his grandfather Ham put on his life.

These are from actual Sumerian documents that you have likely never heard before.

This is the real life account of Nimrod and Noah. A story of "good" vs. "evil." It is a story, even from the pagan side, about faith vs. Nimrod's arrogance and pride.

It is all done through actual ancient texts, actual documents and actual artifacts in HD imagery.

Easy enough for a 5th grader and intellectually satisfying enough for any Phd.. Also, it looks nice on a coffee table and can lighten the atmosphere of any room for leisure reads.

A true story about the largest Nimrod that ever lived.