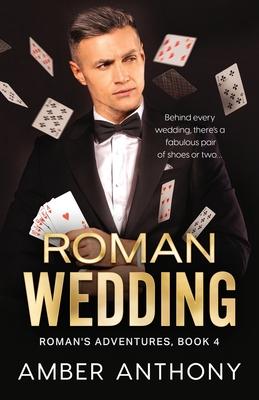 Behind every wedding, there's a pair of shoes or two...

What do you call a guy who retires to Honolulu and falls in love with a woman at the airport?

When he got on the flight in Las Vegas he thought he would play the field in that highly active range of 100 men for every 96 women. Little did he know that clothes-lining a thief would bring him to the next chapter of his love life.

What do you call a woman who had to recreate her life after her swindler husband disappeared with several million in other people's money?

When a Triad gang threatens Ava and her event planning business Hank and a few of his friends, the Roman family, come to the rescue. Their skills at spycraft, clever cons and high stakes Texas Hold'em take on the Triad threat.

Love rules and wedding bells ring in this charming and steamy seasoned romance.